What is SUVCW? Local members of the Sons of the Union Veterans of the Civil War will be telling you about SUVCW and what their ancestors contributed to the Civil War. The presentation will be on Sunday, March 20, 2 pm at the American Legion Memorial Building, 201 Poplar, Atlantic.

Dennis Sasse of Griswold will give information about the group. SUVCW was formed in 1955 and their charter ratified by Congress following disbandment of the Grand Army of the Republic. Dennis is the Department Commander.

The 23rd Iowa – Company I was sworn in at Lewis, Iowa in 1861. Volunteers were from Cass and surrounding counties. They participated in many important battles near Vicksburg including Pea Ridge and Black River Bridge. Michael Carr, past Department Commander, will tell how those soldiers made a difference during the Civil War.

A new display of “Medals, Mittens and Maps” is on display in the Military Museum. Also check out the new big, bright kitchen.

CASS COUNTY SOLDIERS IN THE CIVIL WAR is one of the ongoing programs offered on the third Sunday afternoon. They are sponsored by ARISE and supported by Atlantic Community Promotion Commission.

There is no fee for programs and the Building is handicapped accessible. More information is available on ariseAtlantic.org and Facebook: Atlantic Rock Island Society Enterprise. 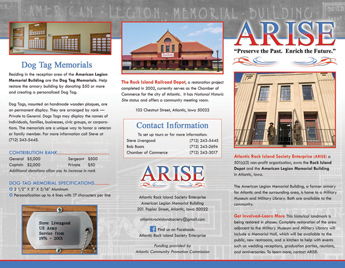 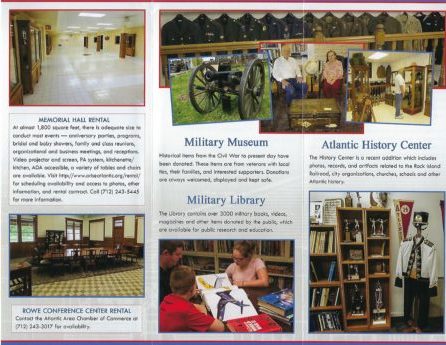